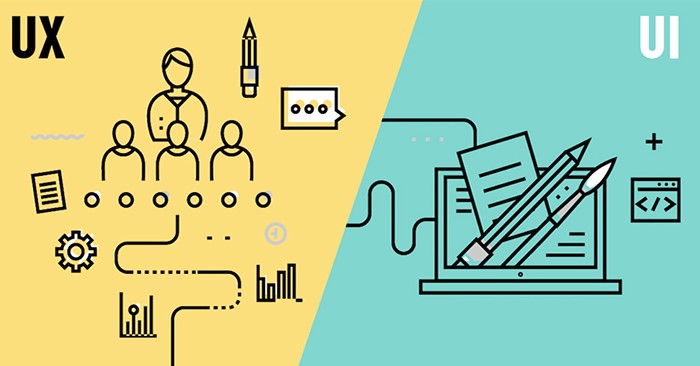 Hi, My name is Ms Ei Ko Ko Nyein, as a Web Designer at Spiceworks Myanmar Co., Ltd. I would like to explain What’s the difference between UI and UX? as I knew.

At the most basic level, the user interface (UI) is the series of screens, pages, and visual elements—like buttons and icons—that you use to interact with a device.

User experience (UX), on the other hand, is the internal experience that a person has as they interact with every aspect of a company’s products and services.

Back in the 1970’s, if you wanted to use a computer you had to use the command line interface, which looked like this:

You couldn’t buy a computer with graphics, icons, buttons, or a mouse. They didn’t exist commercially yet. To get the computer to do what you wanted, you had to speak to it in a computer programming language.

Then in 1981, a group of computer scientists at Xerox PARC developed and launched the Xerox Star—a personal computer with the very first graphical user interface (GUI).

It used windows, icons, drop-down menus, radio buttons, and checkboxes. And it allowed users to open, move, and delete files.

The advent of the GUI introduced the need for a new breed of designer—one who was focused on the graphical interface of a personal computer.

This discipline has evolved over the last few decades, and it’s going to continue to evolve in the future.

UI designers today are working on websites, apps, wearables, and other programs. They may be responsible for things like designing the layout of a digital product’s interface and the visual elements on all the pages or screens of the system.

The term UX was coined by cognitive scientist Don Norman in the early 1990’s while he was VP of the Advanced Technology Group at Apple.

Here’s how he formally defines it:

“‘User experience’ encompasses all aspects of the end-user’s interaction with the company, its services, and its products.”

“I invented the term because I thought Human Interface and usability were too narrow: I wanted to cover all aspects of the person’s experience with a system, including industrial design, graphics, the interface, the physical interaction, and the manual.”

By definition, user experience covers a broad range of disciplines, and it can be hard for some to wrap their heads around (like myself when I was first learning about it).

True user experience goes far beyond giving customers what they say they want, or providing checklist features. In order to achieve high-quality user experience in a company’s offerings there must be a seamless merging of the services of multiple disciplines, including engineering, marketing, graphical and industrial design, and interface design.

UX isn’t limited to the visual interface of your product.

Eg :  It’s a concept that has many dimensions and encompasses the entire journey a person takes, including:

UX designers are responsible for ensuring that the company delivers a product or service that meets the needs of the customer and allows them to seamlessly achieve their desired outcome.

What’s the difference between UI and UX?

“It’s important to distinguish the total user experience from the user interface (UI), even though the UI is obviously an extremely important part of the design.

As an example, consider a website with movie reviews. Even if the UI for finding a film is perfect, the UX will be poor for a user who wants information about a small independent release if the underlying database only contains movies from the major studios.”