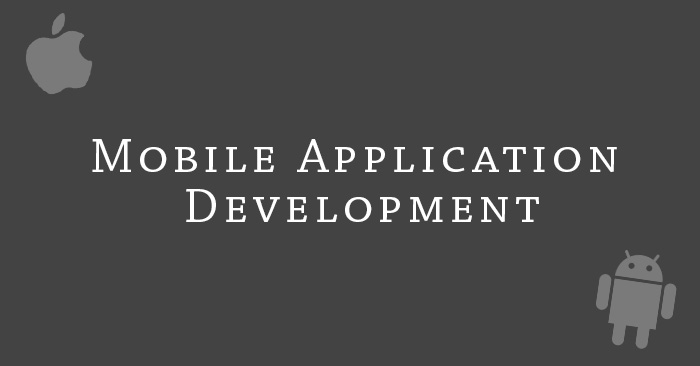 Hi! I’m Thuzar San working as a Web Designer at Spiceworks Myanmar Co.,Ltd. Today, I would like to share about the Mobile Application Development.

Customers just want to use a mobile app to buy products or get services.This is the reason why many mobile apps are being developed constantly.

The importance of mobile app development is building a high-quality user interface (UI). The most attractive are the apps that are easy to use, have a superior design and run smoothly.

There are three major mobile platforms: Android, iPhone and Windows Phones. For a developer, it is vital to have knowledge of multiple operating platforms in the current industry.

Business capability and expertise is essential to win over the competition. It is necessary for an app to be able to stand out amongst the competition.This is not only achieved by the app’s highly praised user experience, but it needs to get seen first.Developers must know how to optimize an application’s visibility in the list of the available applications of the same category. Business and marketing side of app development should be taken seriously.

The most basic building block of Android development is the programming language Java.

You’ll also need to learn the basics of SQL in order to organize the databases within Android apps.Android Software Development Kit (SDK) and Android Studio . One of the best parts about developing for Android is that the necessary tools are free and easy to obtain.

Programmers use XML to describe data. The basics of the XML syntax will be helpful in your journey to full-fledged Android developer in doing tasks like designing user interface (UI) layouts and parsing data feeds from the internet.

It’s the basic requirement for iOS development. To develop an iPhone (or iPad) app, you need to first get a Mac with Intel-based processor running on Mac OS X version 10.8 (or up).

To start developing iPhone and iPad apps, Xcode is the only tool you need to download. Xcode provides everything you need to kick start your app development. It already bundles the latest version of iOS SDK (short for Software Development Kit), a built-in source code editor, graphic user interface (UI) editor, debugging tools and many more. Most importantly, Xcode comes with an iPhone (or iPad) simulator so you can test your app even without the physical devices.

There are many programming languages available to choose when developing a mobile app. Some of the top program languages you can choose :

Popular Android OS uses Java.Aside from Android apps, Java is used for webs apps, server apps, games etc…Java is very popular because of its association with the Android operating system, some of its features include :

This language was used initially for websites now been adopted for the purpose of mobile app development. used for websites like Facebook, Yahoo, Flickr, Wikipedia etc…PHP is used to create e-commerce websites, creating PDFs, for creating content management systems like Drupal and WordPress.

Thank You for your Attention!

Have a Good Day!